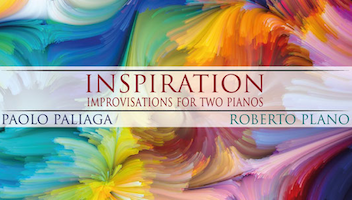 An unusual project, the fruit of inquisitive and daring personalities, Paolo Paliaga and Roberto Plano, who engage with each other to overcome the traditional approaches of classical music and improvisation. Two pianos and two visions of the world fuse into one sound, one universe, competing with musical traditions that only seem distant from one another, but in reality can converge gratifyingly.